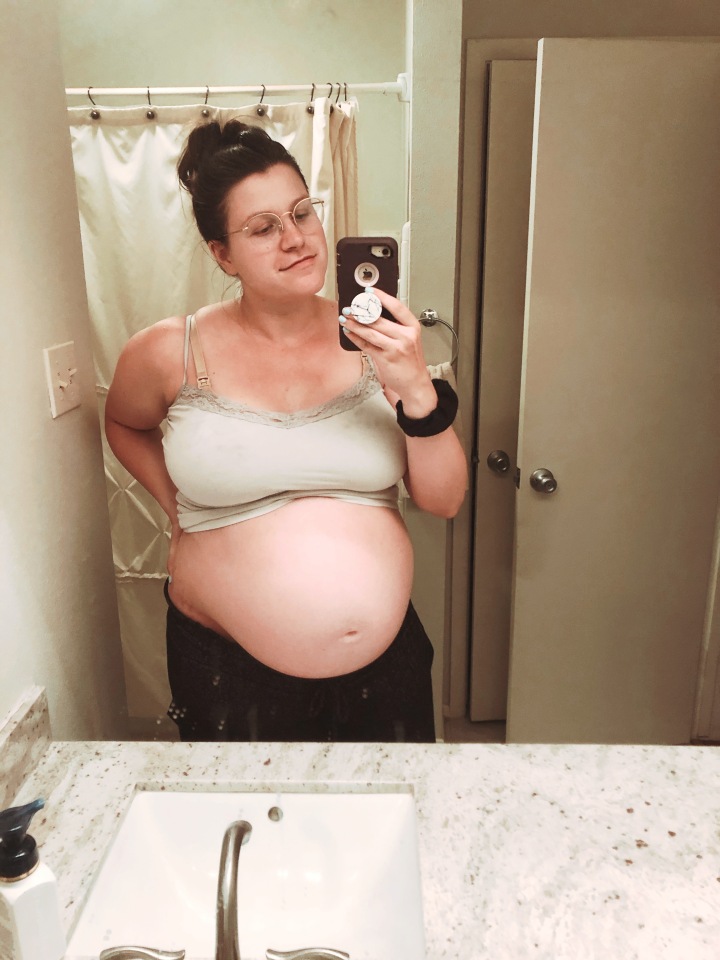 I think it’s really normal to assume that being pregnant is easy. Mostly because that’s what the media portrays. In movies and shows, you see the girl announce her pregnancy and you watch her belly grow. They build a sweet little nursery. She continues through her role without a lot of mention about what she’s going through. The part they don’t typically sugar coat is the labor (because, well, hello). We see celebrities announce their pregnancies and then stroll around town absolutely glowing, pairing some beautiful stilettos with their baby bumps.

But pregnancy can be far from glamorous. In fact, it can be really hard.

I’m currently 25 weeks along, and honestly, this pregnancy has hit me like a truck. They say things get easier, but I don’t think that applies to pregnancy. I think pregnancy gets a lot harder as you go along. I have cried more in the last two weeks than I have in the first and second trimesters combined.

I was super blessed to have had a pretty smooth-sailing start to pregnancy, surprisingly so, considering I’m carrying multiples. I never had morning sickness. I had slight nausea, and that was when my stomach was empty (and let’s be real…there was never a time I wasn’t eating). I didn’t get migraines. I never had any scares, like spotting. I actually started thinking, “Wow, this isn’t that bad.” I spoke too soon.

I pride myself on being a very strong, independent person. I’ve been determined to live my life similarly to the way I did before pregnancy. I’ve cut out my kickboxing workouts, per doctor orders, but I’ve continued practicing yoga and push myself to walk our dog over a mile each day. I like to brag about my high tolerance for pain, thanks to years of broken bones and ER visits (I was the accident-prone child in our family).

This brings me to Saturday. This last weekend, Jimmy and I started a new home renovation, as we’ve been doing in order to knock them out before babies. Jimmy replaced the back door as I painted the new front door we planned to install. I sat for most of the job and pushed through the gnarly, humid weather to get it done. I walked Sadie and cooked dinner and pushed past some muscle soreness to get these jobs finished. I did all these things without my trusty belly band (exactly what it sounds like: extra support and my lifeline). Like I said, I’ve been determined not to change my behaviors.

By the end of Saturday and into Sunday, I was experiencing dull, radiating pain in my abdomen and down into my groin. I was getting shocks of pain in my lower back. Anytime I stood, it felt like the weight of the boys was pulling my muscles down to my knees, quite painfully. When I sat, I was fine. Moving anywhere was awful. I began to feel immensely guilty and scared, like I’d done something to harm myself, thus harming the boys.

I was still experiencing pain and discomfort on Monday. So much so, that I was balling on the couch. I left a message with my OB in hopes they could offer answers or tell me to come in for a check up. My mom happened to texted me that morning (no doubt mother’s intuition), asking if I was okay. When I let her know what was going on, this angel of a woman came over to spend the day caring for me, cleaning my house, and comforting me as I awaited a call from my doctor. (This goes to show you always need your mama, even when you’re about to become one yourself).

When I got the call back and had a chance to explain my situation, it was deemed that I had “motion-induced round ligament pain.” Basically, I overexerted myself, and now I’m paying for it. As they explained it, the hormone relaxin causes your muscles to relax and stretch in order to prepare for the baby. Overstretching and overexerting your muscles can cause pain and discomfort. They informed me that as long as I wasn’t spotting, nauseous or vomiting, I (and the boys) was okay.  I was allowed to take two Tylenol (woo-hoo), but should continue to move and sit when I need breaks.

It is now Wednesday, and though I’m feeling better than Monday, I am nowhere near back to feeling “normal.” There’s a fear creeping up inside me that this may just be my new normal: aching back, screaming hips and painful muscles. I believe this is mostly due to the size of the big boys I’m carrying. At my 24-week appointment, I was informed that my uterus is about the size of a woman 30 weeks pregnant. Not to mention that both boys are measuring a week and a half bigger than the average 24-week fetus.  (At 11 weeks, they measured just a few days bigger than the average 11-week-old fetus, so now, they just seem determined to beat records for being the biggest twins in Texas). This pain and discomfort could just be my body’s way of adjusting to these rapidly growing boys.

Therefore, I think we’re doing women and other mama’s a real disservice by acting like pregnancy is easy. Not only is it physically demanding, but emotionally it is difficult to admit defeat.

As women, I think we need to stop tip-toeing around the fact that pregnancy is hard. Because this is really hard! I know this comes from a place of fear. Fear that we’d be seen as complaining while carrying such a beautiful gift (s). Fear that if we say it’s hard, we’d be seen as less of a woman because this is literally what God manufactured our bodies to do. Each pregnancy is so, so different and each presents a multitude of its own challenges. That could range from gestational diabetes to preeclampsia to premature labor to carrying multiples (plus, so much more). Yes, we were designed to do this, but this is the most unnatural, natural thing I’ve ever been through. It isn’t easy admitting that we need help. It isn’t easy to give up your lifestyle because you’ve temporarily lost some of your body’s capabilities while it focuses on growing humans. It isn’t easy to lose sleep night after night.

This ain’t easy. In fact, it’s really hard. But I’ve never realized my own true strength and the strength of other mama’s until now. And I’ve also never been more convinced about whom God manufactured as the stronger sex…(wink, wink).

I know that my body will feel normal again one day. I know that this is temporary and I know that this is worth it. I would never want this post to be misconstrued. I am by no means talking anyone out of becoming pregnant. I would do this again and again and I haven’t even met these kids yet. I am by no means complaining about being pregnant. I know that being pregnant and becoming pregnant naturally is a very huge blessing. However, I am promoting the idea that we need to be real and transparent. I am hopefully speaking truth and connecting with women who are in the same boat because I feel that this is important. I want to offer validation and reassurance to other women. It’s okay to swallow your pride and ask for help. It’s okay if your body isn’t able to perform the same functions as it used to. It’s tackling an entirely new and important task. It’s only temporary and we can do this. Besides, who is stronger than a woman?

3 thoughts on “This Ain’t Easy” 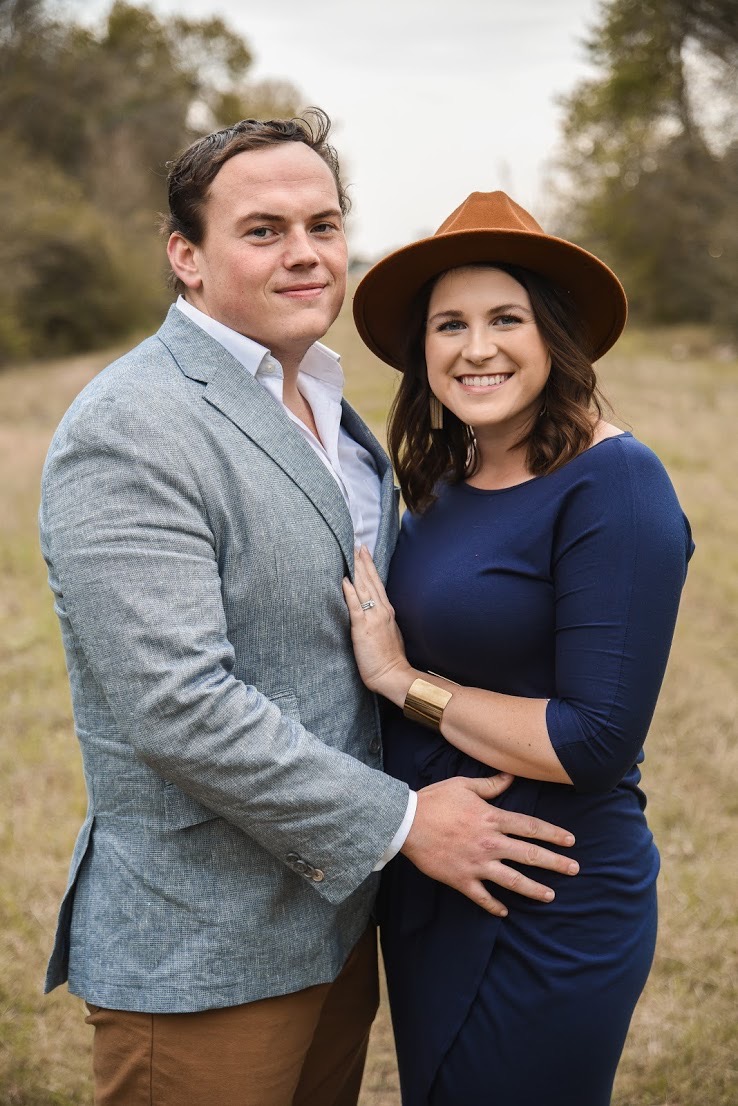